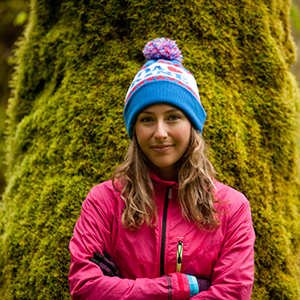 Darcy Turenne is a filmmaker and director from Vancouver Island. Known internationally as a professional mountain biker, she has been featured in hundreds of publications worldwide. While completing an MA in Intercultural Communications, Darcy found her passion for storytelling and visual arts. Her first film, The Eighth Parallel (2011), which doubled as her master’s thesis has been screened at film festivals worldwide along with a multitude of awards. Darcy has developed a personal style of filmmaking that combines art film with ethnography, metaphor, and critical analysis, from commercial work, to music videos, to documentary, to travel pieces as her filming has taken Darcy around the globe. Her latest film, The Little Things (2014), is a snowboard movie project based on environmentally conscious riders who are inspirational through their riding, as well as their sustainable ways of living and thinking, has been touring internationally since its release.